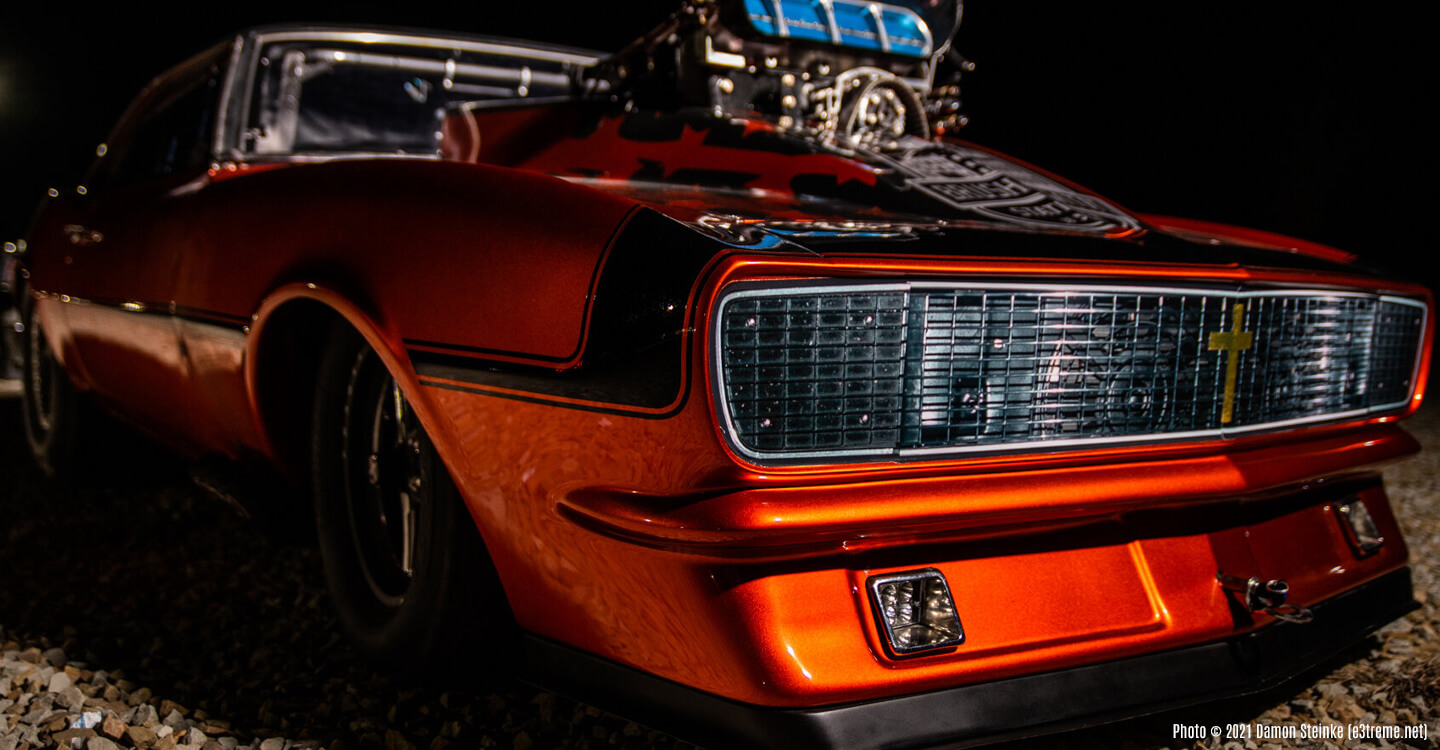 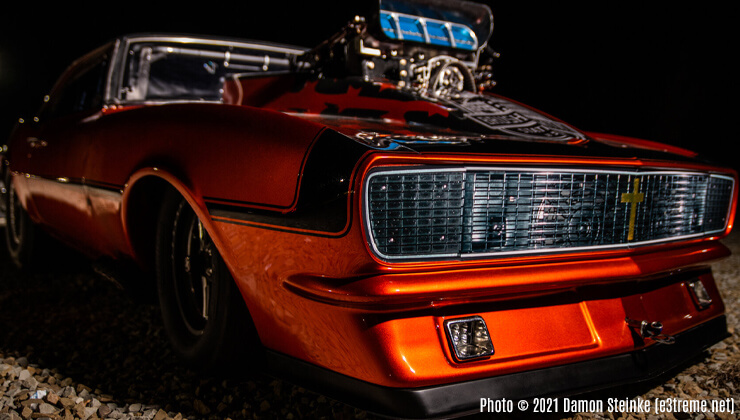 Over the weekend many of you that follow E3xtreme on social media platforms were introduced to “The Warden”. You might think it’s the same car as before, but changes have been made, and here is a look inside what is happening with the Howe Family.

For those of you that following the Street Outlaw brands of television, Jim Howe is a name and face that I am sure you have become familiar with over the last year to year and a half. But, for those of you that follow heads-up class racing, you already know exactly who Jim Howe Jr. is. In fact, Jim is a former Limited Drag Radial World Champion and has been on the heads-up prep side of things for many years.

Jim is based out of Crossville, TN. where for years his family-owned Crossville Dragway. This helped Jim really lay his roots in drag racing, and gave him the knowledge that he has today. Let’s not forget, his wife Amanda Howe, at one time, was the quickest woman in the world on radials also. This makes the Howe family a double threat when it comes to getting down the track. It also gave him the business sense when it comes to approaching branding partners with opportunities.

Over the past 6 years or so, Jim has dedicated his life to his family, his racing, and his community. Jim is in the business of law, and when I say the law, I mean that Jim is a Bail Bondsman based out of Crossville. Naturally, this means that Jim’s new branding partner is a perfect match for him and Amanda in so many ways. The Warden is a great description and works well with his new branding partner.

Historic Brushy Mountain State Penitentiary opened in 1896 and was the first maximum-security prison in the state of Tennessee. The facility closed as a prison a little more than a decade ago now, but in 2013 the Brushy Mountain Group came together to start working on what it is now. What it has become is a prime destination for locals and tourists worldwide to visit. They offer tours, have a restaurant, host events, concerts, weddings, etc. It really is a destination that you must visit while you are in Tennessee. In fact, they even have their own distillery where they distil numerous types of alcohol.

The opportunities for Jim, Amanda, and Brushy Mountain are really endless when it comes to this partnership. I had a chance to speak with Jim, along with Brian from Brushy Mountain, and they are both absolutely thrilled at the opportunity to come together on this. Brian was gracious enough to be at the track for the unveiling of the new setup over the weekend at Crossville Dragway as well.

Speaking of a new setup, I was on hand over the weekend for the No Fear No Prep Nationals 2 at Crossville, where Jim was making his first laps. I even got to get my hands a little dirty for the first time in a long time, as Jim let me help turn some wrenches over the weekend. The glaringly obvious change to the car is the huge blower. While Jim’s Camaro was a blower car previous to this, he made the swap to a Whipple Supercharger over the winter. To say it’s a beast of a blower would be an understatement.

In the world of no-prep, there are some things that are just best left unsaid when it comes to performance and setup, so we aren’t going to disclose a bunch of details regarding the new setup, but I will tell you first hand from watching, photographing, and looking at graphs, this car is going to be a monster on any street or any track in the country. Jim went out with his Dad, son Jimmy, Wife Amanda, and the rest of the crew and won the Big Tire class at Crossville over the weekend as well. A great showing for a combo that had never even seen the water box until testing on Friday.

Not to be left out, Jim and Amanda also rolled out the LS Turbo-powered Elco, better know as Miss Demeanor, that Amanda will be driving on small tires. While there were some issues with a pressure sensor that negated being able to make a pass, Jim told me that the Elco will rip it up on any road, and who am I to argue with that assessment? Jim plans on being a large part of the No Prep scene this season, and who knows…maybe even some radial racing if his schedule allows.

I encourage all of you to take a look at Brushy Mountain. Super cool location to visit in North East Tennessee. 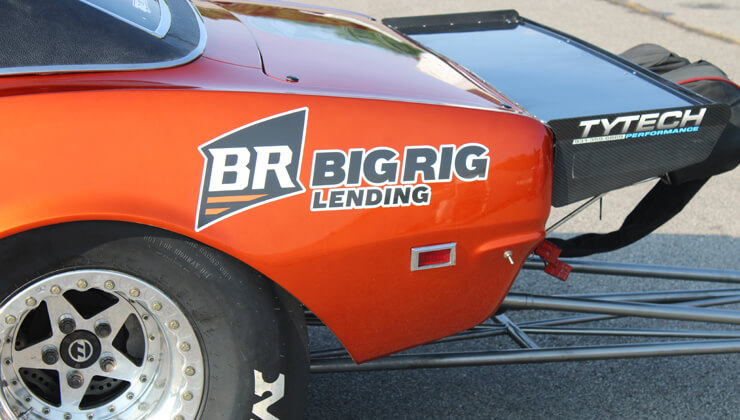 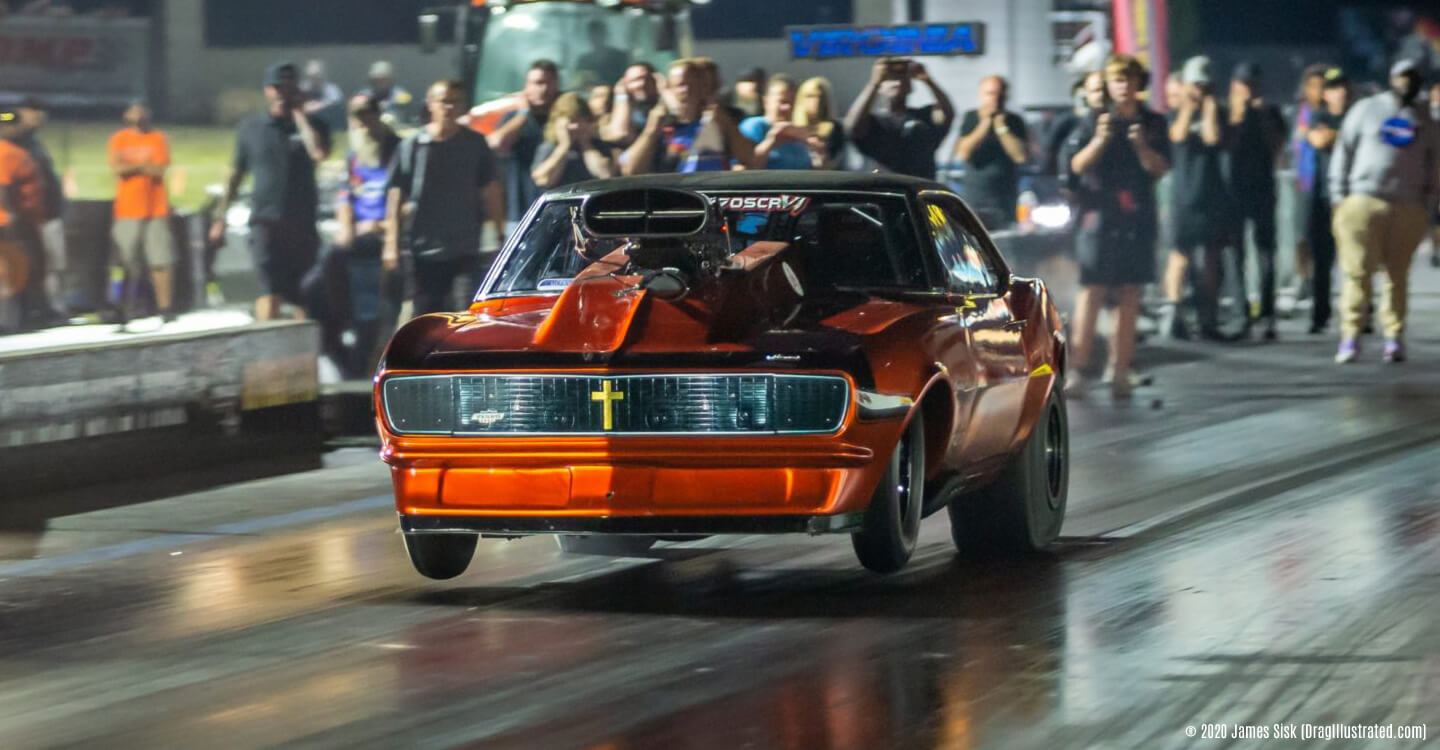